Growth in the Index was stronger than expected in the December quarter, even in geographies currently experiencing economic downturns, such as Western Australia and the Northern Territory.

Released today by Veda, Australia and New Zealand’s leading provider of consumer and commercial data and insights and a wholly-owned subsidiary of Equifax, the Veda Quarterly Consumer Credit Demand Index also provides a timely indication of movements in consumer spending and retail sales for 2017.

The strong results were driven largely by activity in personal loan applications, with growth predominantly coming from products offered by new entrants in the personal lending space, beyond traditional credit card and auto finance markets.

Angus Luffman, Veda’s General Manager of Consumer Risk, said that the pick-up in growth of the December Index could be considered a positive sign for revived consumer borrowing and spending, in spite of relatively subdued consumer sentiment, new car sales and retail sales growth.

“The data from Veda’s December Index showed the same increase in personal loan activity that is illustrated in recent credit data from the Australian Bureau of Statistics (ABS), which saw personal finance commitments grow by 7.3% in November.

“At the same time, the total debt outstanding on other personal credit, excluding housing, has consistently fallen since the start of 2016, down by 1.2% for the year to November,” Mr Luffman said.

“These divergent movements suggest that consumers are being circumspect about taking on additional credit. Instead, they are taking advantage of the increased product options on offer to meet their needs,” he added.

Stronger mortgage applications were seen in most geographies, particularly NSW, Victoria, Tasmania and the ACT, although the Northern Territory and Western Australia remained notable exceptions.

“In the December quarter, Veda’s data showed older demographics growing once again in relative mortgage application demand, which supports the rise in investor mortgage activity. The younger demographic volumes have remained static despite the rest of the market growing,” Mr Luffman said.

“Similarly, ABS data revealed a steep increase in the value of loans to investors, and a simultaneous fall in the value of new housing finance commitments to owner occupiers in November.

“Considered together, the Veda and ABS findings illustrate the difficulties younger home owners and first home buyers continue to face,” he concluded.

Veda recomputes the entire index over its lifetime every quarter so there will be a slight adjustment to the above historical figures. 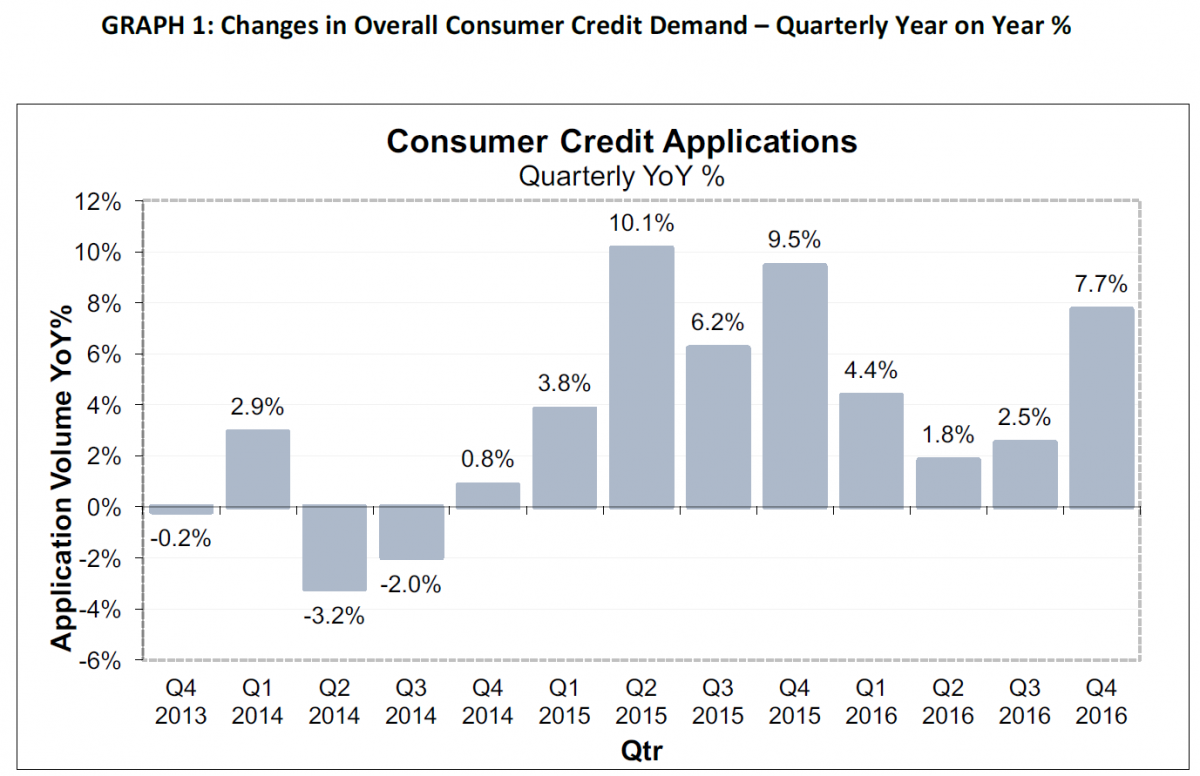 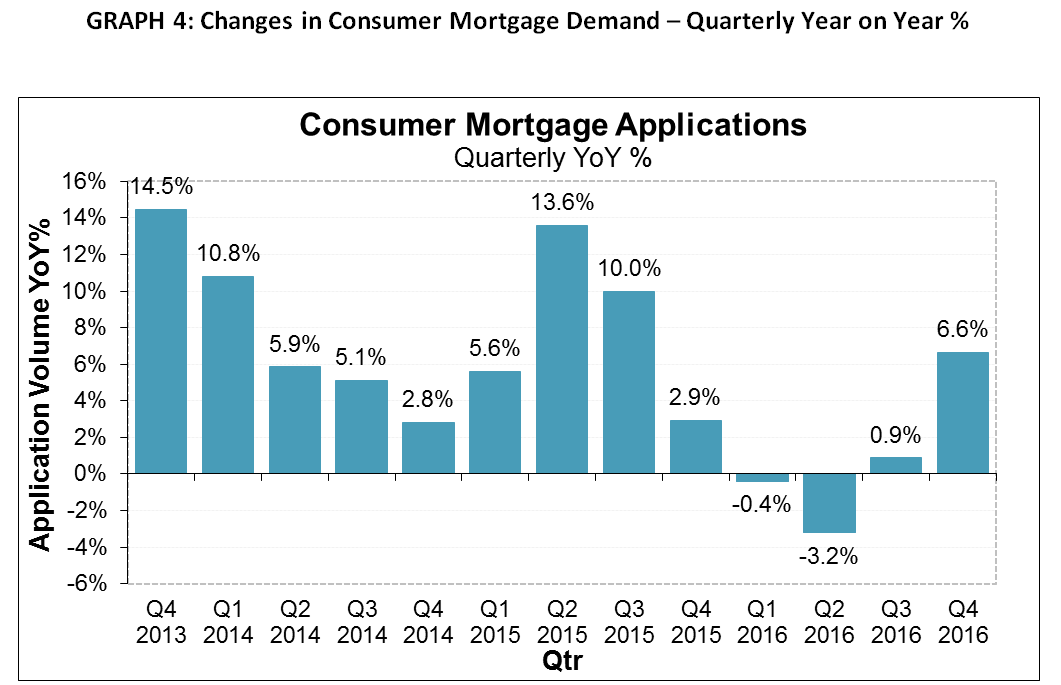 ABOUT VEDA
Veda is a data analytics company and the leading provider of credit information and analysis in Australia and New Zealand. From its core credit bureau business established in 1967, Veda has expanded to deliver a suite of credit and other analytical products targeted to consumers and specific industry segments.

In February 2016, Equifax Inc., a global leader in information solutions, closed its acquisition of Veda. Equifax powers the financial future of individuals and organisations around the world, using its strength of unique trusted data, technology and innovative analytics. Together, Veda and Equifax offer their customers world-leading insights and knowledge to help them make informed decisions. www.veda.com.au

NOTE TO EDITORS
The Veda Quarterly Consumer Credit Demand Index measures the volume of credit card and personal loan applications that go through the Veda Consumer Credit Bureau by financial services credit providers in Australia. Credit applications represent an intention by consumers to acquire credit and in turn spend; therefore, the index is a lead indicator. This differs to other market measures published by the RBA which measure credit provided by financial institutions (i.e. balances outstanding).

DISCLAIMER
Purpose of Veda media releases: The information in this release is general in nature, is not intended to provide guidance or commentary as to Veda’s financial position and does not constitute legal, accounting or other financial advice. To the extent permitted by law, Veda provides no representations, undertakings or warranties concerning the accuracy, completeness or up-to-date nature of the information provided, and specifically excludes all liability or responsibility for any loss or damage arising out of reliance on information in this release including any consequential or indirect loss, loss of profit, loss of revenue or loss of business opportunity.